England was the birthplace of the Industrial Revolution and by the early 1850s the mass production of textiles was expanding rapidly and with that the demand for Dye Works... A number of different Dye Works were operating in the mid-late 19th century, Pullars was one of the largest and Fenwicks seems to be one of the smaller. I've not been able to find out much about the firm, Thomas Carrick 1845-1911 is listed as being the company's Managing Director for a period so we know that Fenwicks were operating in the late 19th century but otherwise it's difficult to put any dates to the company's operations.

This enamel signs is likely to date to the early 20th century (as with most enamel dye works advertising) and, judging from it's style I would guess at it being from the 1920s. It remains in excellent condition; there is no notable enamel loss to either face of the sign, just very small amounts of nibbling around the edges. There are patches of 'crazes' to the enamel (not overly noticeable, but can be spotted if you zoom in). The sign retains a fantastic, deep gloss, though in the lower right of the inner face there is a very small patch of dulling - only noticeable in the reflection under a raking light and impossible to photograph. This is a double-sided sign with a flange allowing it to be mounted at a 90 degree angle in front of a shop - visible from both directions, the sign remains in fantastic condition and the sign can be displayed using it's original mounting holes.

A fantastic piece of early, unusual advertising that remains in wonderful and bright condition... The sign measures 47cm high x 34.5cm wide and the flange is 5.5cm deep. 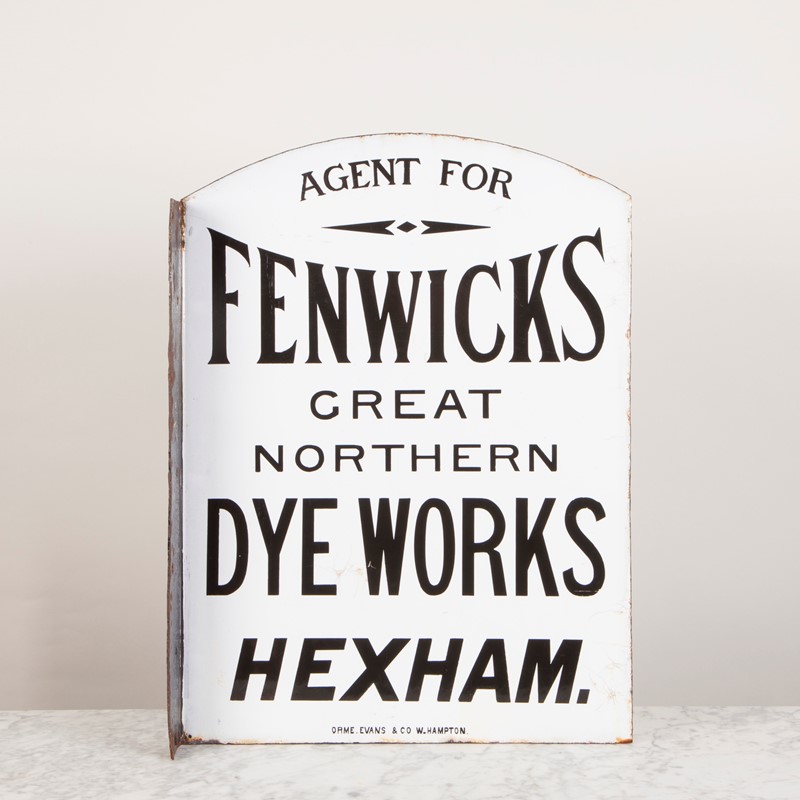