A Beginners Guide To Cinema and Movie Memorabilia

If you adore film and cinema then you’ll likely have thought about starting up a hobby of collecting movie memorabilia. In this post, we’ll be offering a brief beginner’s guide to help you get started with your newfound passion.

How do we get Movie Memorabilia?

It’s actually fairly difficult to take something home from a movie set, especially if it’s still going to be in use or reused in the future. Many actors get to keep mementoes from movie sets, but they’re often kept in the actor’s home to commemorate their time acting. So how exactly does movie memorabilia find its way onto eBay or other market websites?

In most cases, movie memorabilia (especially set items and exclusives) will filter down from those with connections to the film industry to average people. For example, a director may receive a special prop from a film, but they decide to auction it off for a small profit. In other cases, a piece of memorabilia might have been a gift to an actor that was sold for profit.

Start by Making a Budget

Like any other hobby, it’s important to start by having some kind of budget. Movie memorabilia can fluctuate a lot when it comes to pricing. This is because different people have different levels of sentimentality towards movie memorabilia. You often need to consider what you’re willing to pay for something and not what the market average is. Some props, such as Robby the Robot from Forbidden Planet, are one-of-a-kind and can easily sell for $5.3 million US dollars.

By having a budget, you’ll be able to save a lot of money in the future. You might also want to prioritise what you want to buy so that, should something ever come on sale, you can quickly snatch it up. Just don’t forget that you also need space to put those items, so figure out how you want to store them before your collection grows too large.

It’s essential that you contact the seller and ask them about the history of the movie memorabilia they’re offering. Some people tend to make fakes or have false claims about an item when posting it online. This can easily trick people, especially if they have no idea who the person is or how they got their hands on the item.

While there are plenty of amazing items out there, you need to be careful of scammers and people that are trying to cash in on the nostalgia or sentimentality of others. If you want to avoid buying into a scam, we highly suggest that you look for a reputable seller with a solid history. It’s not uncommon to see someone selling multiple pieces of movie memorabilia as they likely have connections to the film industry, giving them the ability to source those rare-to-find items. 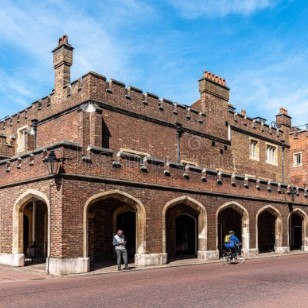